We Are The Winter People

Darlington FC fans are helping Jenny Rowbory raise £750,000 to get her to America for life-saving surgery that isn’t available on the NHS here in the UK. YOURCLUB Content spoke with Ian Rowbory on both his daughter’s plight and his long history with the football club.

"I was reminiscing yesterday about my childhood and first following Darlo, with names such as Ron Greener, Joe Jacques and Alan Sproates coming to mind. I was also thinking about some of the away matches I used to go to; bus, train and lots of walking. Huddersfield’s Leeds Road always seemed so bleak and trips to Colchester’s Layer Road always seemed to coincide with sunny days!".

Ian Rowbory, father of poet Jenny Rowbory, is recalling how he first fell in love with Darlington Football Club as a young boy back in 1964. He left the North East, never to permanently return, at the age of 16. 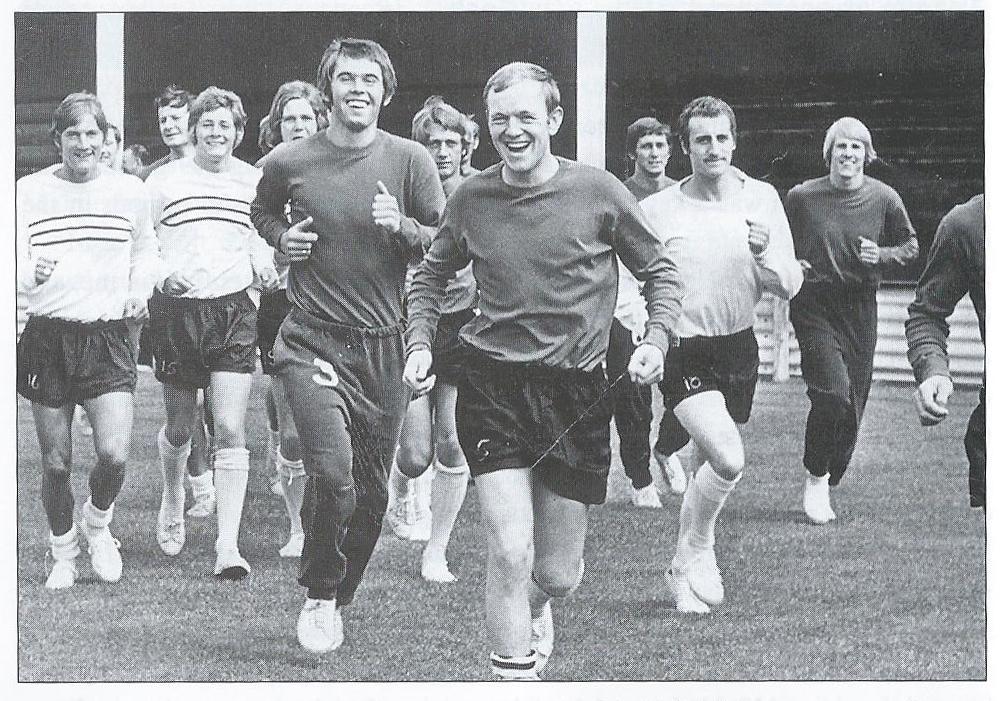 "You always keep hold of the football club, though. Usually, at Christmas time, the family get me a Darlo-related present. One of my favourites is an old, wooden DFC pencil case. The type with the slide top. I’m looking at it now as I’m talking to you!".

Ian and his family live in Wales. Daughter Jenny was born in Middlesex in 1986. During her first year at university in 2004, she became ill with a virus that caused severe Myalgic Encephalomyelitis (inflammation of the brain and spinal cord), causing Jenny to become bed-bound and acutely ill ever since.

In May 2015, after genetic testing, Jenny was also diagnosed with Ehlers-Danlos Syndrome. This genetic disorder causes the body to produce faulty collagen. 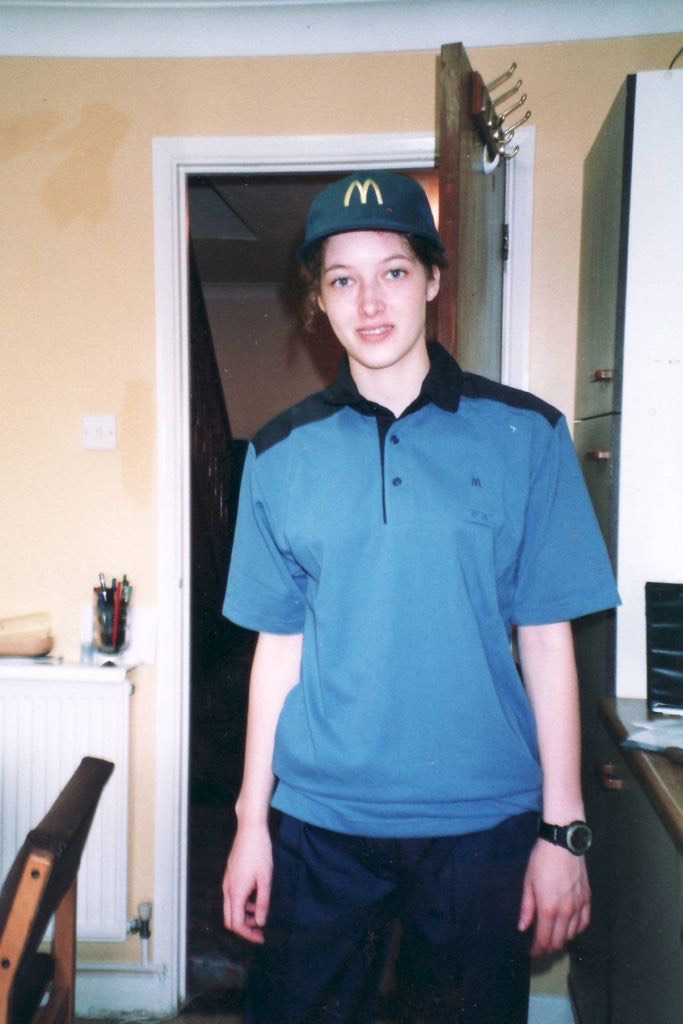 Jenny before her illness

The biggest problem for Jenny is that the faulty collagen causes the ligaments and connective tissue in her neck to be lax, which means that it can’t support the spine or skull. The vertebrae and skull move around and subluxate (subluxation is like dislocation) and blood flow is severely reduced, causing increasing numbness.

This neck instability became life-threatening and Jenny had to have an operation in January 2020 to try to fuse her neck in place to save her life, as well as a decompression surgery for Chiari Malformation.

Unfortunately, the fusion surgery was not a success and Jenny became a lot more disabled and it is now too dangerous for her to move her neck or head at all. The only neurosurgeon in the world who specialises in fusion (and fusion revision) surgeries and invasive bolt traction testing to determine the correct fusion position for highly complex Ehlers-Danlos Syndrome patients, is in the USA. 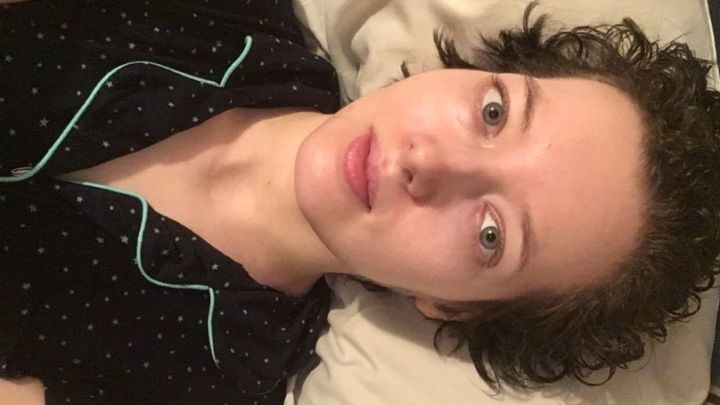 The subluxing vertebrae have moved the neck into a structure that obstructs her airway quite a lot and she is always in respiratory distress. There is nothing more any doctor in the UK can do for her. She has been left in this condition until she can raise the money needed to be treated by the surgeon in New York.

Only a patch of ceiling directly above Jenny is within her field of vision. The only part of her body that she’s seen since the operation are her hands, which she can raise to her eyes to see but she can’t look down to see anything else. Jenny hasn’t been able to move her head off her pillow since the unsuccessful fusion surgery. She can’t look down, up or side-to-side.

She’s rarely able to look at the screen of her phone, even though she tries to hold it up directly above her head to put it in her field of vision, because doing so damages her neck more. She has been completely cut off from the world and from other people.

Jenny is clinging to life by the skin of her teeth and has been trying to hang on for over a year while trying to fundraise enough money for the three surgeries that this neurosurgeon has said Jenny needs to have a hope of staying alive and regaining some sort of quality of life.

Jenny’s current big fundraising push is the release of a book of her collected poems, called We Are The Winter People. It was released on 8th September 2021 in paperback, eBook and audiobook format. The money raised by the sales of We Are The Winter People will go directly towards the goal of getting Jenny to America to have the life-saving surgeries she desperately needs. 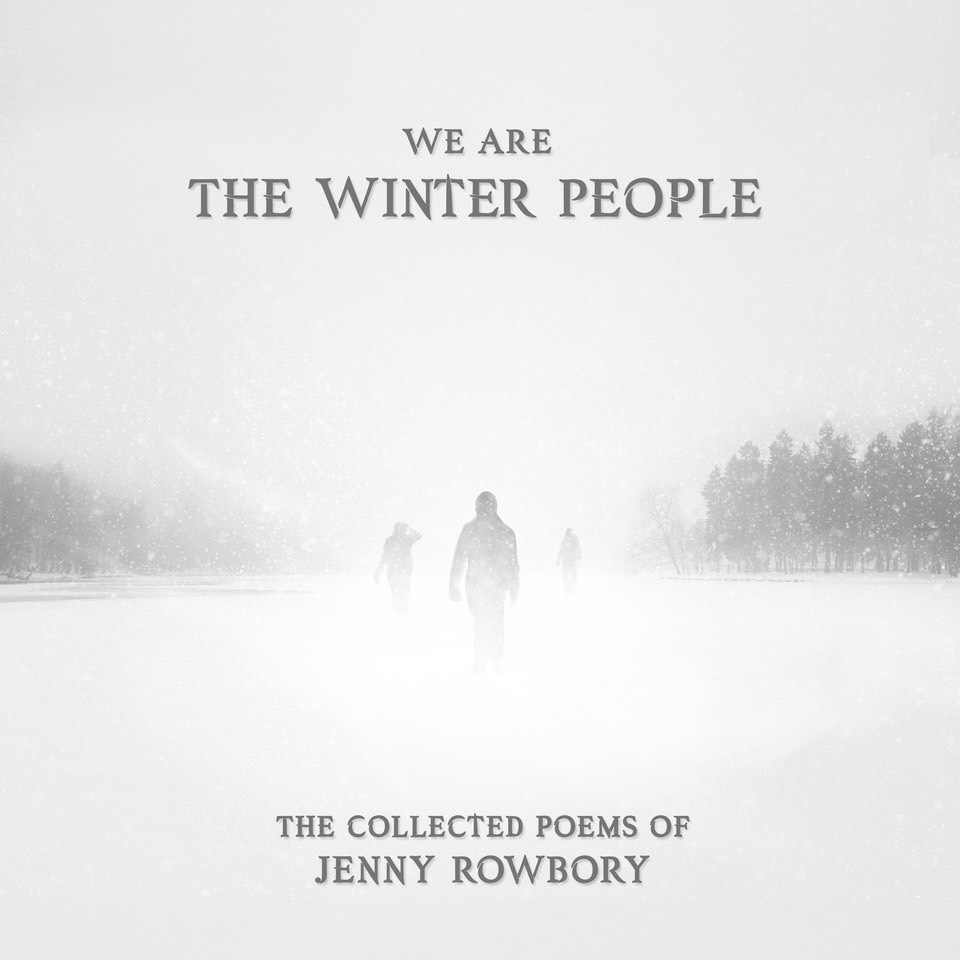 "Despite not living in the area, I’ve always made it back up to Darlington for games", says Ian. "I was at the 2000 Play-Off Final defeat to Peterborough, our FA Trophy win at Wembley in 2011 and the last game at the Arena a year later. I went to games at Bishop Auckland and I’ve made it up to Blackwell Meadows when I can, though clearly it isn’t easy".

Ian is a fan owner, took part in the Community Share Save Schemes, plays the DFC Lottery each week and had a season ticket up until this season. Remarkable, given that he hasn’t lived in the North East for such a long time and cares for Jenny with his wife. "It is just my way of supporting the club", Ian says.

"Jenny is an inspirational person, both to us and to other people. She gets messages from all over about how her poetry has helped other people in their lives. Before she became ill at university Jenny played a lot of sport and, before the unsuccessful surgery last year, she did a lot of fundraising work both for Annabelle’s Challenge, the vascular Ehlers-Danlos Syndrome charity, and ME Research UK who fund biomedical research. She raised substantial amounts for both".

If you would like to donate to help Jenny, you can do so through her GoFundMe fundraising page. You can also buy a copy of We Are The Winter People here.

Jenny would very much like to stay alive and is very grateful for any donation Darlington fans are able to give.

You can find out more about Jenny by visiting her website.