As a fan-owned club, our fundraising activities are vital to the club's existence and its future growth.

The opening of a new seated stand at Blackwell Meadows in March 2018 marked a significant milestone in the recent history of the fan's fundraising efforts.

Fans had raised £150,000 to pay for the foundations and the construction of the new stand, which took the total raised by Darlington fans at that point in time to a phenomenal £1m in only six years.

In that time, over £250,000 had been raised via various Community Share issues, £400,000 thanks to the 500 Club and over £220,000 across three years of the annual Boost The Budget scheme, which allows fans to contribute directly to the manager’s playing budget each season.

Other fundraising vehicles include the DFCSG Lottery, the Virtual 50/50 draw, Sponsor a Goal, EasyFundraising, the Christmas Draw, the activities of Mister Q and the B2D (Back to Darlo) Ground Development Fund, as well as one-off schemes in recent years such as 'Be Part Of The Fabric', FA Cup travel and 'Sponsor Your Seat'.

By the end of the 2020/21 season, Darlington fans had raised around £1.5m since acquiring the club in May 2012. An incredible achievement and the absolute definition of ‘fan ownership’.

You can read more about our fundraising activities by visiting our Fundraising Platform. If you have a fundraising idea yourself that you would like to share with the club, click here. 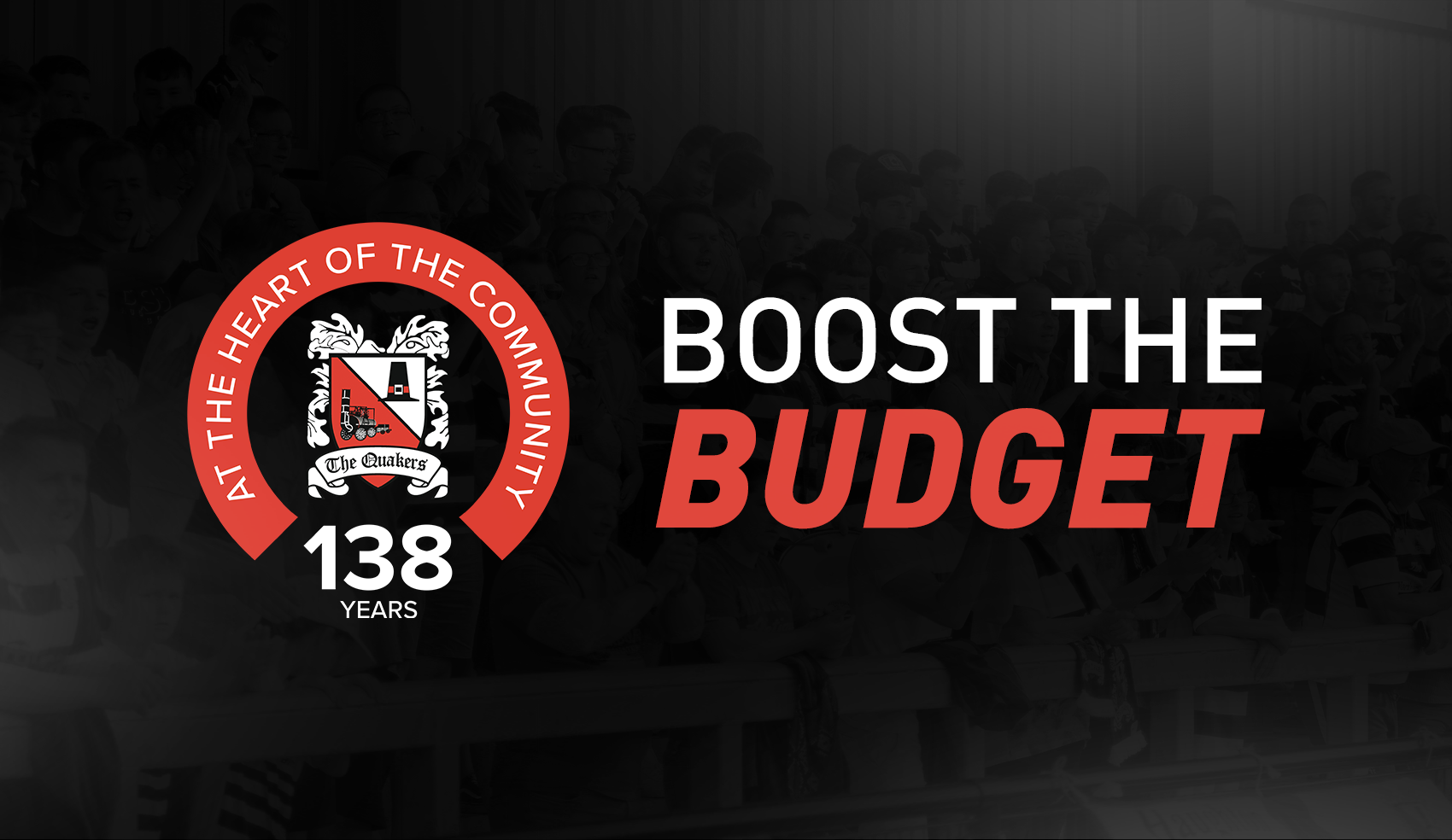