In advance of this Saturday’s celebration of the Darlington FC and Her Game Too partnership when Curzon Ashton visit Blackwell Meadows, DFC Women’s manager Shaun Mackenzie and captain Toni Upton reflect on both the importance of the rise of the women’s game and DFC Women’s teams' first season in existence.

Firstly, I would like to thank YOURCLUB for supporting the Women's team this season and giving me the opportunity to provide some related content for the fans.

I came to the club in 2019 after having a brief break from coaching whilst completing my teacher training year.

I initially came in to help coach within the Girls’ Section of Darlington Youth, with the plans for encouraging more girls to take part in the sport.

At this point, we only had one girls' team (who will be our u18s next season) and we have since formed another five teams, with six teams confirmed to be playing league football next season (with a possibility for more).

It has always been our vision to have a Darlington FC Women's team and create a pathway for the girls to carry on playing, giving them the opportunity to transition from youth football to women's football.

When proposing the new team to the board, I made it clear the importance of having a women's team at the club and ensuring we have the right things in place to take the team forward, giving the younger girls some role models to look up to, both on and off the pitch.

I was delighted for the club to offer me the role of manager and have thoroughly enjoyed our first season so far. It's been a huge step forward for the club and I look forward to the remainder of the season and what the future will hold.

We currently sit second in the league table, which is a great achievement in our first ever season.

We went on a 13-game unbeaten streak at the start of the campaign, made it to the Third Round Qualifying of the Women's Vitality FA Cup and are also in the League Cup semi final.

We can still be promoted, and whatever happens, I feel we can call this season a success. Not just on the pitch, but also off the pitch, with the Women's team attracting good crowds and inspiring the younger generations to play and come and support the team.

One of the highlights of the season was getting the opportunity to play at Blackwell Meadows to raise the profile of the team and getting a decent crowd of 272.

Creating a pathway from the Girls’ Section is clear to see with four of the current u16 players - Lily Large, Lacey Baldwin, Evie Whittaker and Elisha Wright - all making that transition into women's football and signing for the senior team after turning 16.

These girls have been at the club since I arrived and it's a pleasure to be able to hand them their full debuts after working so hard over the past few years.

We are a family club at Darlington FC and we strive to ensure we are at the heart of the community.

I feel it's important, that as a club, we are inclusive for everyone and that football is for all. Whether that is inspiring girls to play football, watching the women play at Eastbourne Sports Complex or watching the men at Blackwell Meadows, we should do all we can to encourage them.

In the past, there may have been gender discrimination at football grounds and the club recognise that there is absolutely no place in football for this.

The club announced earlier in the season a new partnership with #HerGameToo and the organisation’s logo is worn with pride on the sleeves of our Women's team shirts. 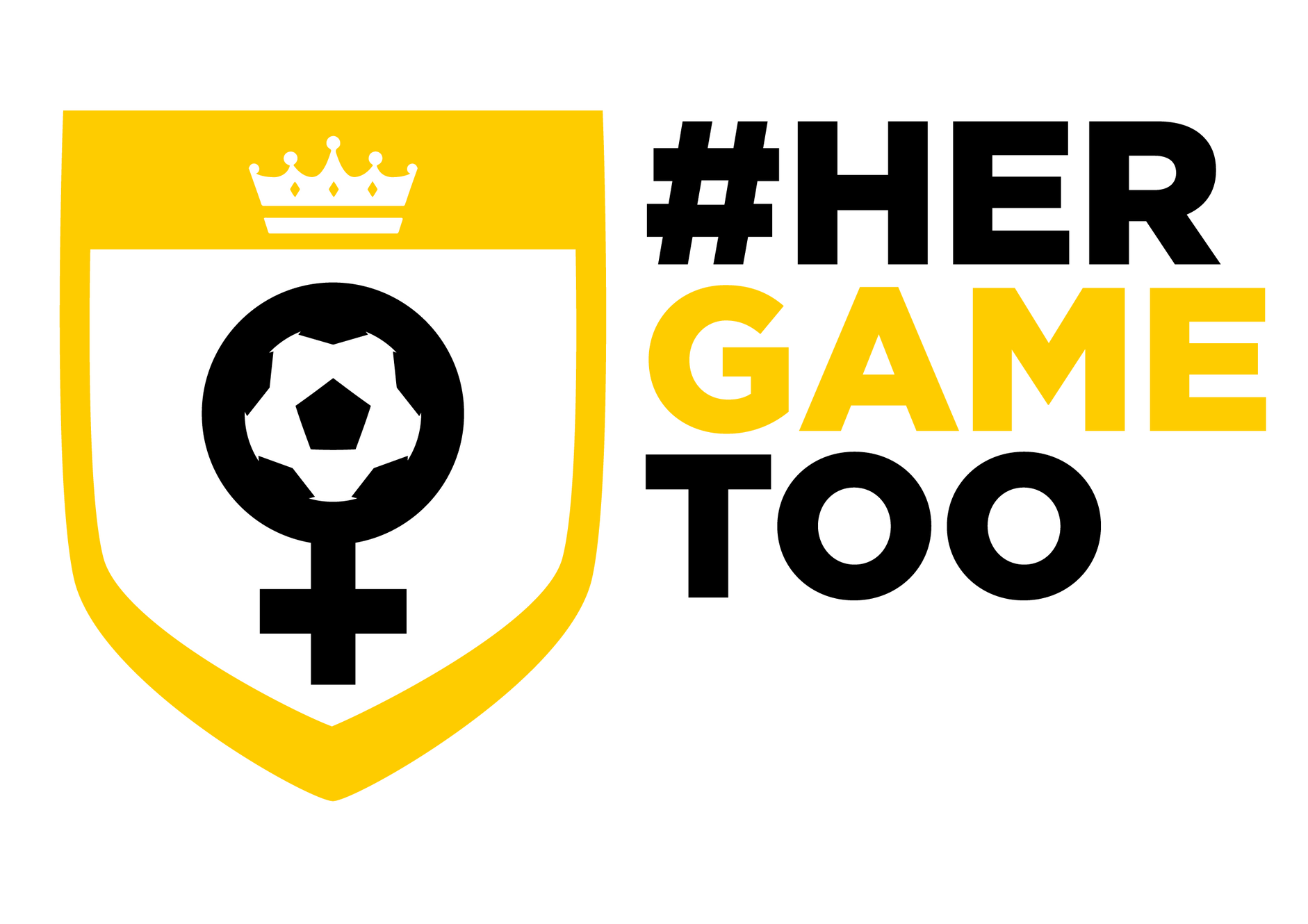 I know the club want to ensure that all female supporters feel safe while watching games at Blackwell Meadows.

As DFC Women's manager and Girls Development Officer for the Youth section, I feel this is a great partnership and it is important to recognise and respect the role that women play in football.

I know that DFC Women's captain Toni Upton feels very strongly about the HGT partnership and is a strong advocate. 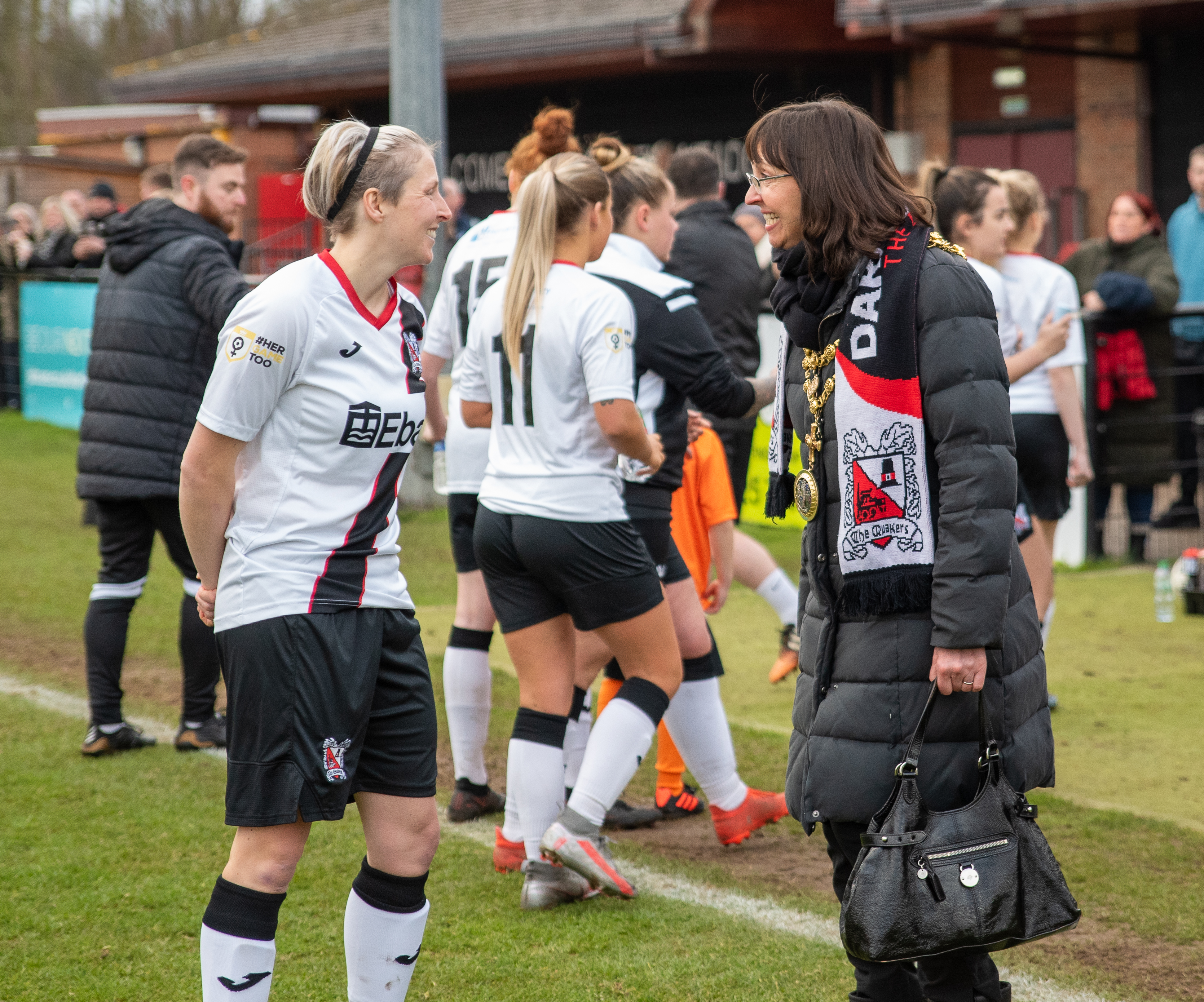 Toni says: "As a player and a football fan, I've seen first-hand some of the negative reactions to a female loving and being part of the game.

Football should be open for everyone to enjoy without discrimination.

#HerGameToo are standing up for women and girls involved in football and starting to drive some real positive change.

I'm proud to play for and be a part of Darlington Football Club, who have partnered up with #HerGameToo, and excited to help promote an environment where everyone can feel comfortable and safe to enjoy the game without prejudice."

One last thing from me! At time of writing, we still have four games left to play in the league this season, plus a League Cup semi final.

We have three home games in a row from Sunday 24th April and would love to see you down at Eastbourne supporting the Quaker Women.

We kick off at 2pm every Sunday and all match-related information is shared on our official social media channels. 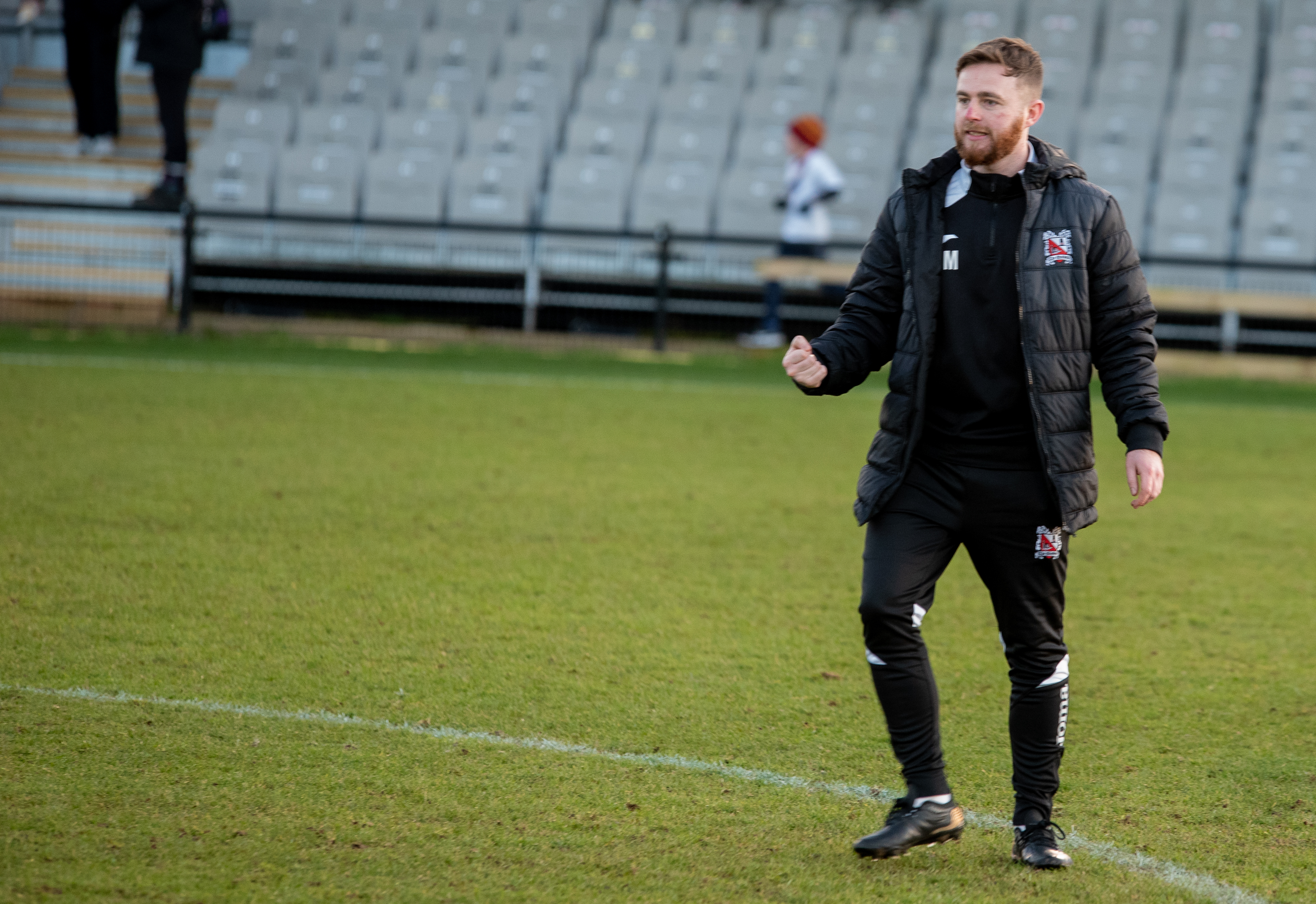