All the latest DFCSG news, taken from the Darlington FC vs. Hereford FC official match programme on Saturday 9th October 2021.

Notices have gone out informing members/owners that the DFCSG AGM will take place on Thursday 28th October 2021 in the Dolphin Centre. If you are a member/owner and you have not yet received formal notification, please contact our Membership Secretary, Dave O’Neil at membership@darlingtonfc.org, and he will sort it out.

In view of the success of last year’s AGM, which was conducted wholly as a 'virtual' meeting due to the restrictions imposed by the COVID-19 pandemic and resulted in widespread involvement, the format of this year's AGM will be a hybrid of a 'live' meeting with members being in attendance and a 'virtual' meeting with members being able to participate via Zoom.

Another novel feature of this year’s AGM is that we will be holding our first ever 'Affirmative Ballot'. In the Bradford Park Avenue programme I reported that nominations had been invited for DFCSG Board Members. In response, we received three nominations. As the number of nominees does not exceed the number of positions to be filled, there will not be an election.

However, in accordance with DFCSG’s updated Election Policy (which was adopted at the Special General Meeting in April), an 'affirmation ballot' will be conducted at the AGM, whereby each nominated candidate will be put before the meeting for the approval of members. Any candidate not receiving the support of more than half of those present in person ('live' or via Zoom) and by proxy shall be deemed to have not been elected.

Members/owners can view/download the personal statements of the three nominees, as well as DFCSG's draft accounts that will be presented at the AGM by logging-in to their YOURCLUB accounts and clicking on 'Documents'. 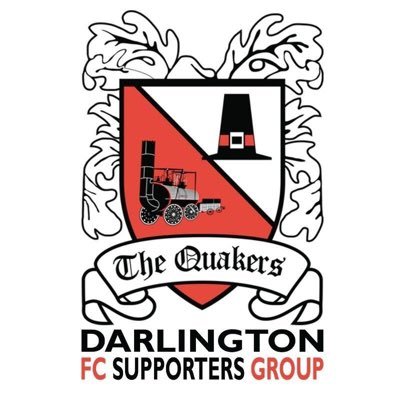 Today will see our seventh Super 50/50 Draw take place since the start of the season. Following lockdown and the success of the Virtual 50/50 Draw (Darlo fan Andy Clarke's brilliant idea and initiative), we decided to combine online sales and 'in person' physical ticket sales at Blackwell Meadows into one Super 50/50 Draw at every home game.

So far this season, including the draw that took place on the day our original home game with Telford was postponed in August due to the Covid, six lucky winners have shared a total winnings pot of £4,917 – the biggest winner yet taking home £1,222.50 when we entertained York City on 25th September. Total sales prior to today were £9,834 across the six draws, averaging out at nearly £1,640 per draw and an average cash prize of around £820.

Thank you to everyone who has bought a ticket so far and played a part in creating bumper cash prizes! Remember, you can buy your 50/50 tickets either online here or at Blackwell Meadows from one of our brilliant 50/50 ticket sellers prior to 3pm each home game. Tickets are £1 each. Good luck! 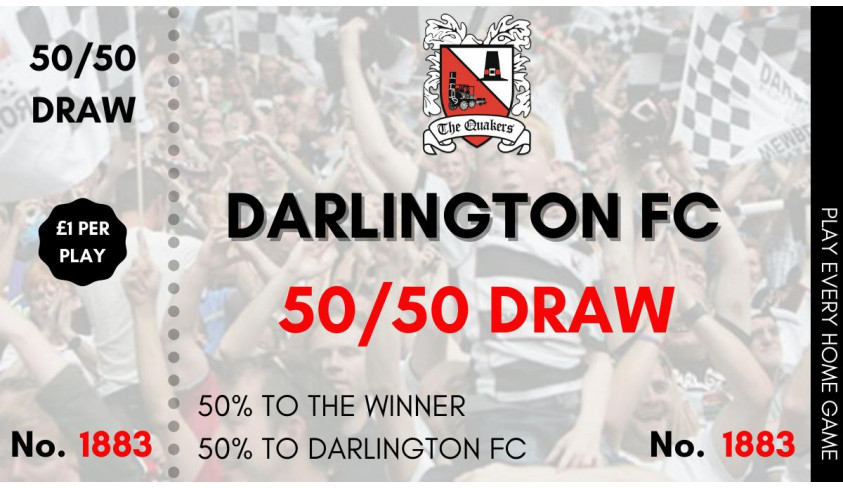 As Quakers' scheduled match at Boston United on Saturday 16th October has been postponed due to their continued involvement in the FA Cup, our next scheduled away fixture is now at Chorley FC that day, followed by Southport FC on Tuesday 26th October. As usual, we will be running a coach for supporters for both games.

For details of these and other up-coming trips and how to book, including our 'Covid Conditions of Travel', please click here. 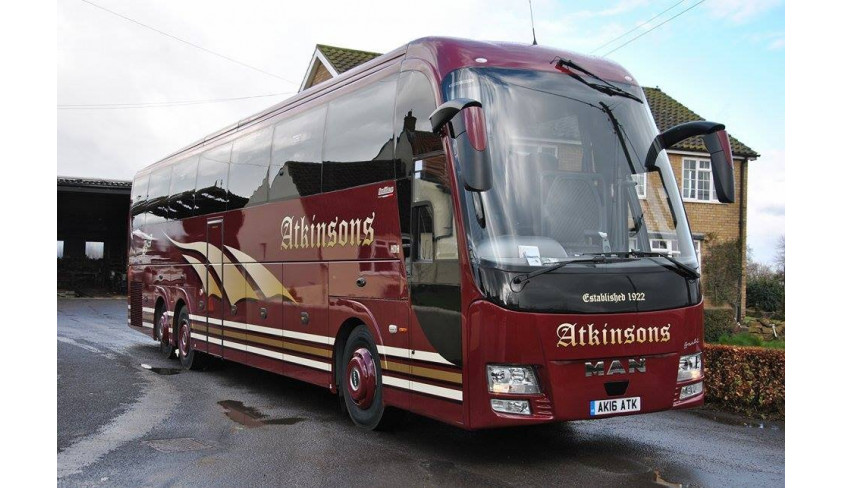